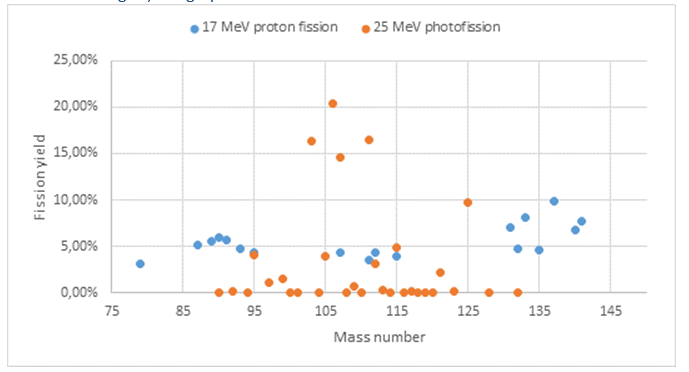 From literature, the mass yield distribution for 23 MeV photofission on radium and have reported three distinct humps, which are explained by the transition between highly energetic symmetric fission for elements lighter than Ra with lower energetic asymmetric fission as observed for Th, U etc. 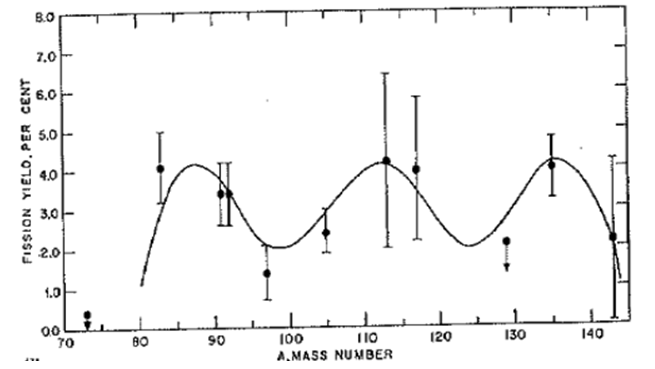 From this experimental data, you would expect the fission yield to be in the range 1 to 5 %. While the 17 MeV protons relatively well produced the fission yield distribution, simulations for 25 MeV photons rather fail in doing so.
I find this confusing because from literature it is known that for both, 11 MeV protons and 23 MeV gammas, a rather wide three-hump fission curve should be expected.

Any explanation for this would be greatly appreciated.

Thanks Jason @jason.tyrrell , you appear to be right.
The fission model does not properly reproduce the expected three bump structure at low energy, as one would expect for a given compound irrespective of the incident particle.
We are looking into it and plan an improvement for the next major release of FLUKA v4 (later this year).
Kind regards