The result is wrong when using neutron bomb Helium 3

I do a simulation using neutron of 0565 MeV to bomb gas of Helium 3.
the result is: 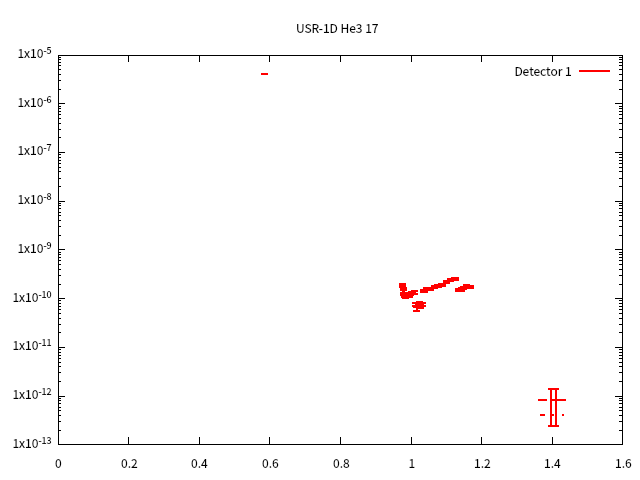 and here is the result from Mcnp6: 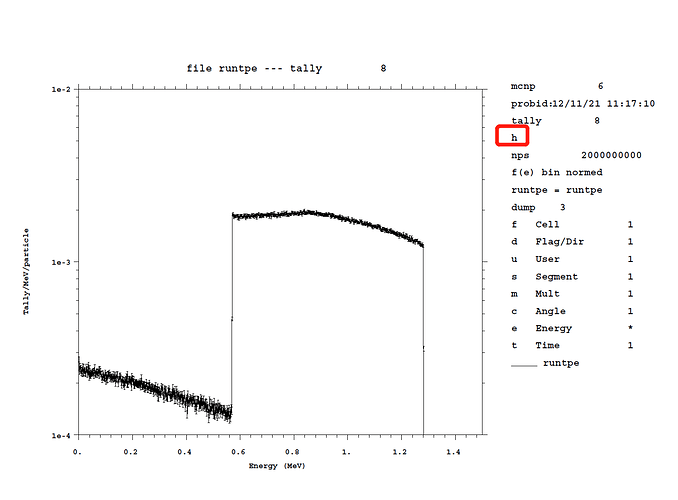 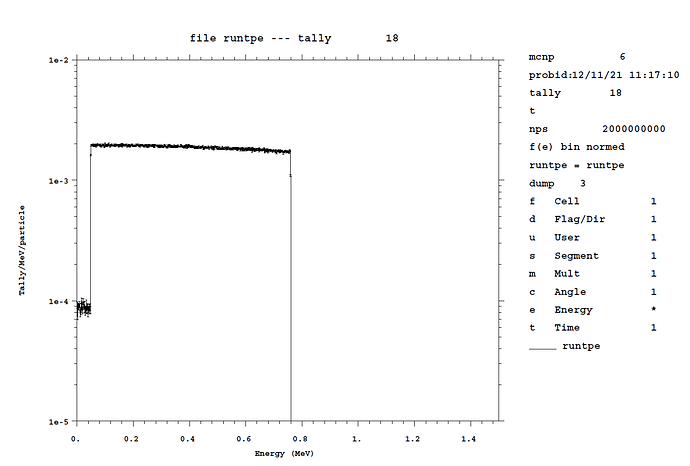 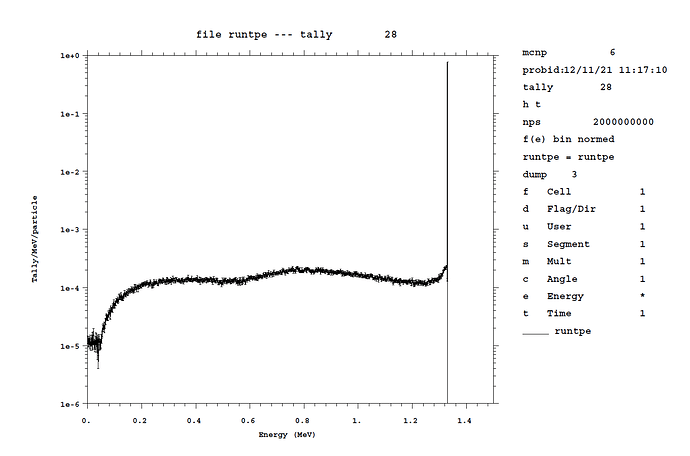 By the way, how to obtain proton or triton Pulse Amplitude Spectrun separately, it seems the Detect card only can produce the total deposit energy.

The group-wise treatment adopted in FLUKA for low-energy-neutron transport does not include proton and triton transport from n+3He (see this section of the manual).

You are witnessing natural limitations of this treatment, where charged secondary particles from a neutron-nucleus inelastic interaction are not explicitly sampled or transported (except for a handful of relevant exceptions as per the FLUKA manual link above). Instead, the kinetic energy that they would carry away with them is deposited locally via kerma factors.

The peak at 0.585 MeV corresponds to energy deposition via kerma factors for neutrons at their primary energy in your problem. The smeared-out feature between ~0.95 MeV and ~1.2 MeV corresponds to events where two depositions took place: the second is still treated via kerma factors, but now the neutron energy spans a certain continuum, hence the spread-out feature).

Since owing to the kerma treatment above no proton and triton exist in your simulation with a multigroup approach, there’s no filtering possible.

In a point-wise low-energy-neutron treatment, instead of an effective treatment via kerma factors, secondaries from neutron-nucleus inelastic interactions would be explicitly sampled and tracked. Filtering by proton/triton/other charged projectiles is then feasible. Also, the sharp peak (and other spectral features) would spread into a continuum.

For your information, work is underway to equip an upcoming version of FLUKA with a detailed point-wise treatment for low-energy-neutron transport.