In the attached input file, I want to score Dose-Eq. at z=56 (top surface) of the geometry. I used four USRBIN cards:

What can I do to improve the values (I already tried increasing bin volume and NPS)?

You are in the same situation you were in February (Relation between errors in successive scoring bins).

1-As I already told you, you should not use X-Y-Z USRBIN having 1 single bin in two dimensions, create instead a X-Y-Z USRBIN that while having 1 bin in z can instead create an overview of the the whole plane you are interested into.

2-Since your system has radial symmetry and your interest in a value at a specific radius, you should use a R-PHI-Z USRBIN. If you set R between 32.5 and 32.7 cm with PHI between 0 and 2pi, you will have a nice radial plot at a given z that will use all the particles going through the radii of interest over the whole circumference and not just over a small section of it. If you want to check that the results are radially symmetrical you can set a small number of bins in PHI.

3-Once again, don’t look only at the raw data but have also a look at the plots of the USRBINs.

4-The increase in the dose rate value is due to the fact that your geometry has a radial air gap precisely for that radius, just below the z where you want to score.

Please help me to solve this problem.

I have run your input with 30 million primaries after having add a few USRBINs to it.
I added a large Cartesian USRBIN to look at the particle fluence:

At first, I checked that your source was as I was expecting it (i.e. source made of 40 rods). I plot in the geoviewer the large Cartesian USRBIN on a x-x plane and at z=20.5 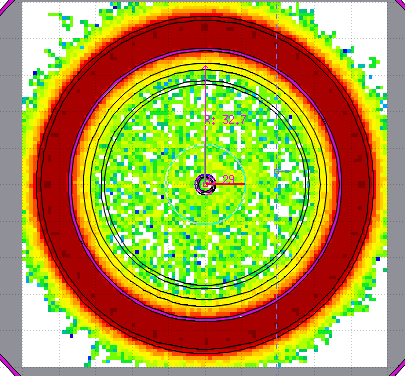 This seemed to me quite reasonable and shows well a radial symmetry.

Then I looked at the particle fluence at z=56.5 again on the x-y plane:

This clearly indicates that the problem has lost its radial symmetry.

Naturally, the same appears also if I look at the ambient dose equivalent rate: 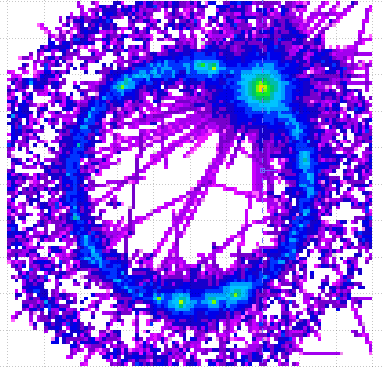 In this case I have added a dedicated Cartesian USRBIN:

In order to understand what was going on, I looked then again at the particle fluence, but this time on the y-z plane and setting x to correspond to the hot spot I had seen before:

As can be expected, the lead and stainless steel provide a good shielding and very little particle go through. The radiation escapes more easily through the small air gaps. Here, we can even see that an interaction takes place close to the end of the gap and this generates some extra shower (remember that we’re just looking at the particle fluence).

At this point, it’s possible to draw an important conclusions: my simulation (30 million primaries) clearly doesn’t have enough statistics.
This can be seen also with plots in the plot tab. First I plotted the ambient dose equivalent rate:

and then I plot the uncertainty on it: 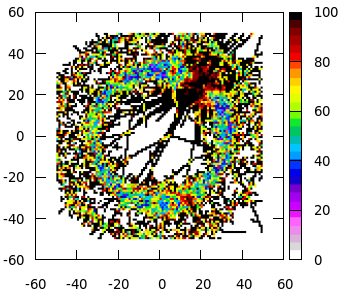 From this last plot, one can infer 2 things:
1-in the ring around the gap, the statistical uncertainty around 50%
2-the hot spot has an uncertainty of almost 100%, which means it’s caused by a fluctuation.

I had also added some R-PHI-Z USRBIN scorings, with a different number of radial bins:

In this way I could still check the radial symmetry while exploiting the symmetry of the experimental setup: 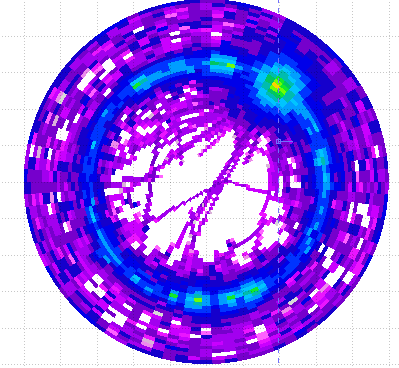 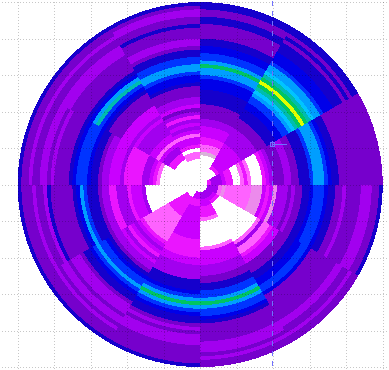 I also added 1 R-PHI-Z scoring with a single angular bin: 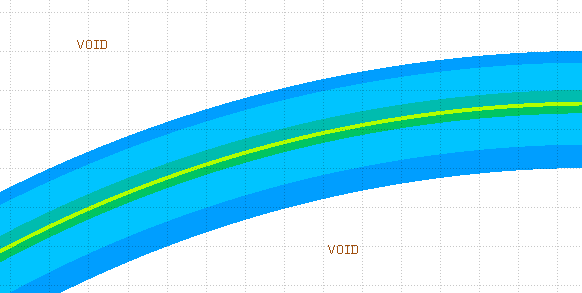 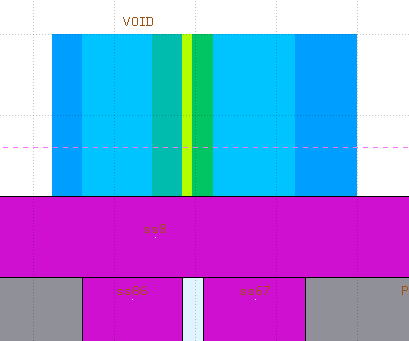 but most interestingly, I can plot over 1 dimension: 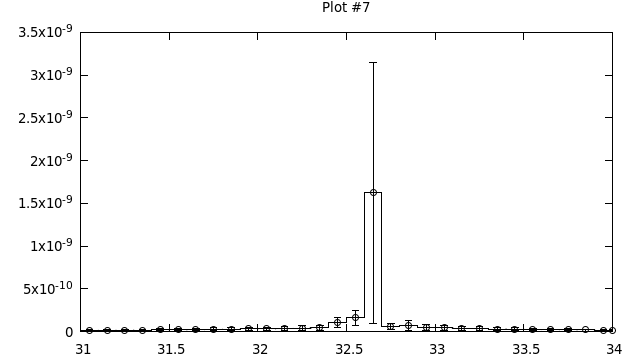 which also indicates that my simulation doesn’t have enough statistics.

Now, let’s go back to your simulations and your results:

A post was split to a new topic: How to estimate the rise temperature of a material