Hi all, I get a LET shape for low-energy protons in LiF that looks odd to me. In the figure an example with 800 keV protons. The second figure shows the fluence, that looks as I believe it should be. Can you please help me find what’s wrong? (Unless the LET should actually be that way!) Thank you in advance. 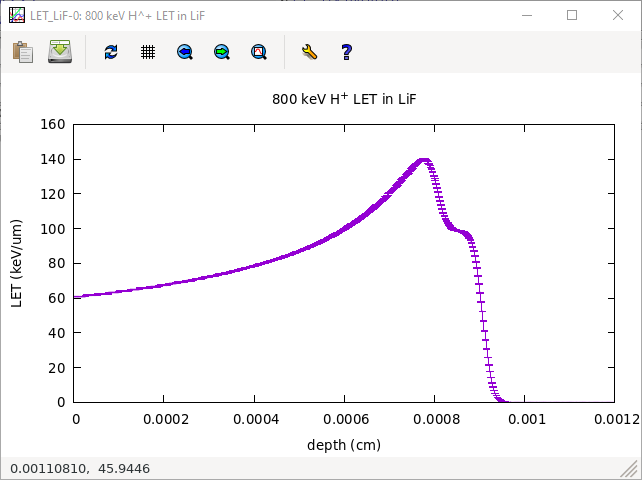 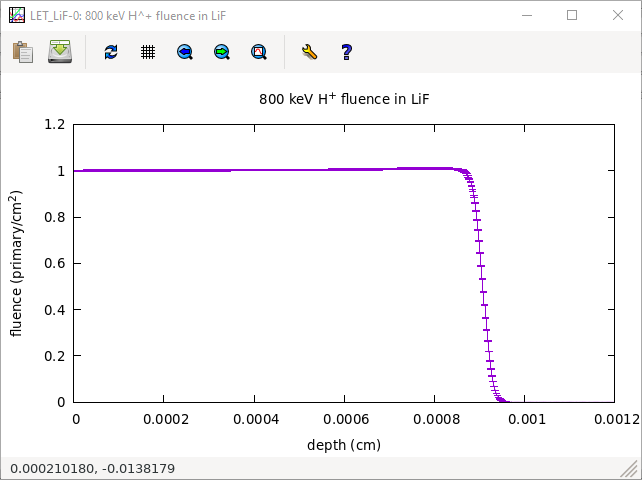 The behaviour you observe appears to be linked to the accidental similarity between the default transport threshold of protons (100 keV) and the peak of the dE/dx curve in LiF (see attachment, taken directly from FLUKA). This is causing a bias in the position where protons deposit their energy. You can solve it by lowering the proton transport threshold to 1 keV with a PART-THR card. 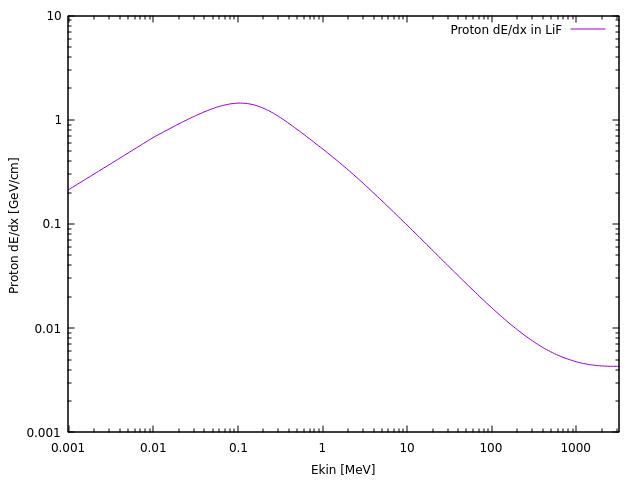 thank you very much for your advice. It works indeed, see the figure. 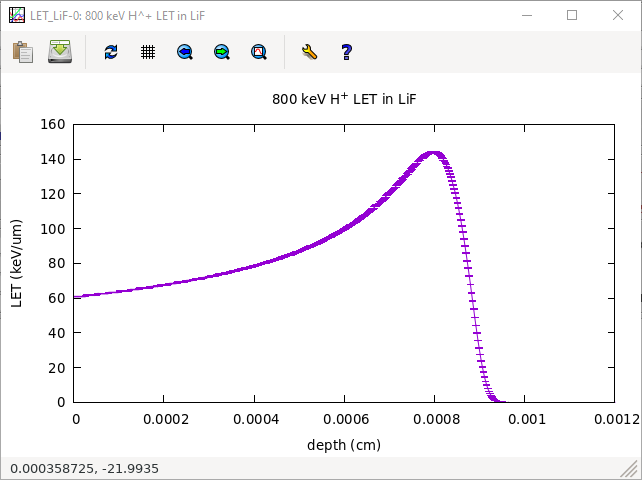 Just a minor comment in passing. We were curious how your method to score proton LET in depth (scoring ENERGY with a USRBIN and averaging over the transverse plane at various depths) compares against other definitions in the literature.

“Canonical” definitions for the average LET at depth can be found e.g. in:

The tracklength-weighted LET is defined as

where Φ(E,x,y,z) is the energy-dependent fluence at depth z (fluence integrated over x and y), and S_el(E) is the electronic stopping power as a function of E.

The dose-weighted LET is defined as

The fluence and the stopping power are to be evaluated/accumulated accordingly if one wishes to consider just primary particles, primaries and secondaries, a given charged particle species, etc. In the following it is assumed we evaluate the unrestricted LET for primary protons.

One can evaluate any of the numerators/denominators above in your problem by requesting to score e.g. BEAMPART or PROTON fluence in a Cartesian/cylindric USRBIN, invoking fluscw.f so as to weight the scored fluence with the requested power of the stopping power (calling GETLET as per Definition Function GETLET - #2). It’s then a matter of a bit of post-processing by hand to do the required ratios.

Instead, what the USRBIN scoring is doing when you request to score ENERGY (i.e. energy deposition density), take the 1D-projection and plot (multiplied by the surface!) as a function of z is (leaving aside contributions from sub-threshold particles) something a la:

So far so good (at this low energy!). Here is the plot comparing your estimate vs the two definitions above, all overlapping reasonably well:

The scored quantity is still in relatively close relationship with the stopping power. Indeed, looking at NIST PSTAR one gets:

However, as one raises the energy to say 4 MeV, the picture starts to change somewhat. Behold:

Fig. 3: LET estimates as a function of depth for 4-MeV p in LiF

A first comment: the two “canonical” definitions suffer from the fact that the fluence at the end of the range drops to zero, so one ends in a close to ~1/0 situation, which can be numerically problematic.

At the entrance of the LiF material, the p still have a reasonably well defined energy. The PSTAR dE/dx for 4-MeV p in LiF is indeed around 20 keV/um, in reasonable agreement still with the estimates. However, at depth (close to the onset of the Bragg peak), one observes two things:

The overall drop from 140 keV/um to 120 keV/um near the Bragg peak is due to the fact that 4-MeV p have a longer range (0.013 cm) than 800-keV p (0.001 cm). This implies that energy straggling has a larger chance to act and to spread the proton energy distribution at deeper depths. In the following plot you can indeed see that the distribution of proton energies at various depths (at entrance, at intermediate depths, and near the Bragg peak maximum) progressively broadens: 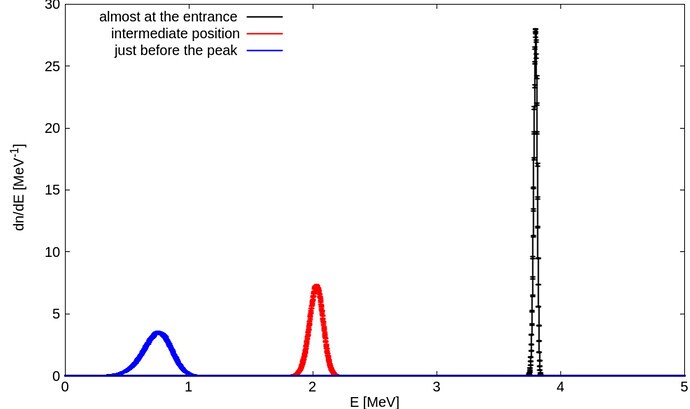 Fig 4. Proton energy distribution at various depths in LiF for a primary energy of 4-MeV 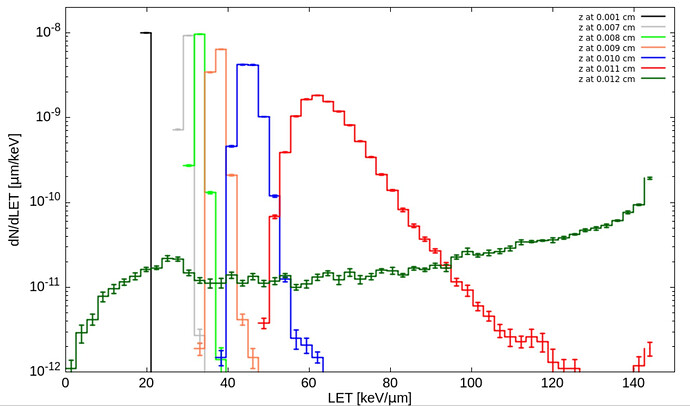 Fig 5.: LET distribution at various depths in LiF for a primary proton energy of 4-MeV.

Incidentally, your 800-keV case above is not affected by this, because the range of 800-keV is so short that energy straggling did not have a chance to act.

The fact that your “ENERGY-USRBIN” method drops even further than the tracklength- or dose-weighted LET definitions above is possibly related to the fact it does not take into account the division by the norm of the fluence as in Eqs. 1 and 2 above.

Dear Marta and Cesc,
thank you for your very insteresting and detailed analysis and for pointing out that the canonical definition of LET in the literature is indeed more elaborate than a simple loss of energy. Mine was actually a misuse of the term LET rather than a proposed method to score it. I should have talked about “energy loss (keV/um)”, that is the actual quantity my question was intended to deal with.
Thank you again and kind regards,
Enrico